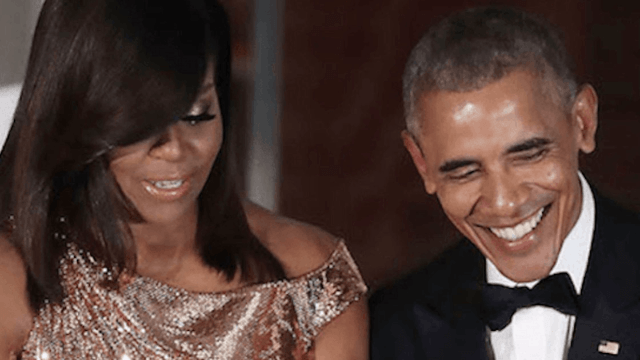 Barack Obama thanking Michelle will remind you what it's like to have a First Couple who like each other.

Aww, remember what it was like when the President and the First Lady actually liked each other? Remember when they lived together, and attended events together, and occasionally even touched each other in genuinely affectionate ways? Here, watch this clip from Sunday night of Barack Obama thanking his wife Michelle for sticking with him, and enjoy the nostalgia.

Barack Obama: "I also want to thank Michelle Obama for, after the presidency, sticking with me." —via @MSNBC pic.twitter.com/RPtyXqxAi9

Obama was giving a speech in Boston after receiving the Profile in Courage Award. He made a point of thanking his wife, the former First Lady, saying, “I want to thank Michelle Obama for, after the presidency, sticking with me. Because I think she felt an obligation to the country to stay on, but once her official duties were over, it wasn’t clear.”