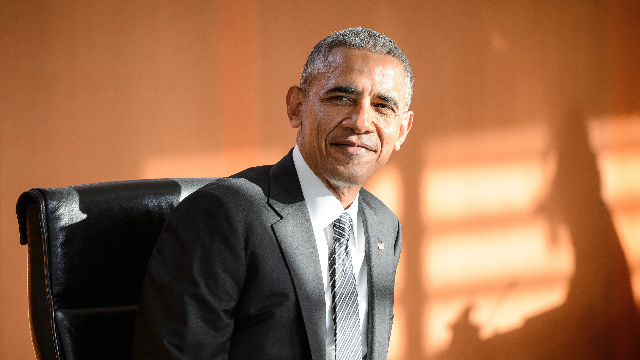 Pete Souza, the official White House photographer of the Obama era, has been known to slam Donald Trump with epic photographic clap backs–and on numerous occasions. He did accumulate nearly 2 million photos of President Obama throughout his presidency, after all.

So on Tuesday, when the Trump administration announced it was ending DACA, or the Deferred Action for Childhood Arrivals, an Obama era policy that protected the children of undocumented immigrants from being deported, Souza obviously came through with the perfect post.

The photographer took to Instagram to share a throwback photo of Barack Obama in the White House, meeting with a group of immigrants. As Souza describes in the caption, the people in the photo immigrated to the United States along with undocumented guardians as young kids, and they were raised as Americans. "For these 'dreamers,' today could be a nightmare," reads the caption. Souza explains that the DACA program protects this group of immigrants, along with approximately 800,000 others, from being deported. DACA also allows these young adults work permits in the U.S.