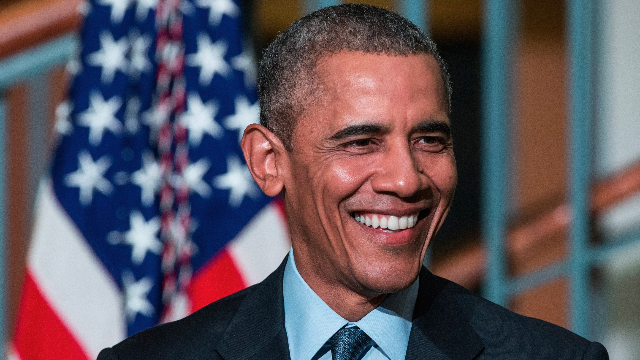 Barack Obama dropped a surprise speech this weekend to remind you what a human president is like.

If any recent political news has made you yearn for the days of the Obama administration, you'll probably want to take a taste of the sweet speech the former POTUS delivered this weekend.

As reported by Rolling Stone, Chance the Rapper treated the citizens of Chicago to a free surprise concert Saturday night. The concert was in honor of Chance's appointment as grand marshal of the Bud Billiken Bash, which is a yearly Chicago parade celebrating back-to-school season. During the concert, the rapper surprised the audience with a video message from none other than President Barack Obama, recorded specifically for the event. (The Obamas have known Chance since he was about 8 years old.) In the two-minute speech, Obama discussed the importance of nurturing children and making sure they are well-equipped for school, and he also touched on the future of the Obama Foundation.