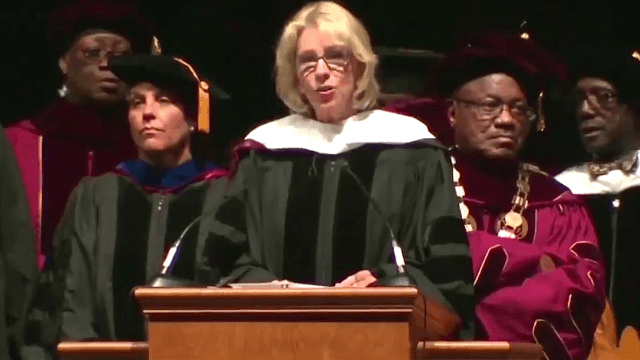 Betsy DeVos got booed so badly during a commencement address, the dean had to intervene.

The selection was strange, as the controversial cabinet member was previously accused of whitewashing the role of segregation in the creation of historically black universities, but she dressed up in academic regalia and gave it her best shot.

DeVos took to the podium, and was promptly booed, joining Ivanka Trump in the exciting, exclusive club of Booed Trump Administration Officials.

Just listen to the symphony of booing:

A lot of grads even physically turned their backs on her in protest.