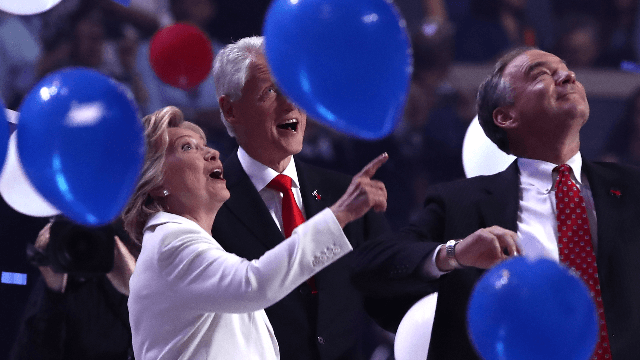 Bill and Hillary Clinton are still walking through the woods–this time, in Canada.

During election season, many a Democrat joked that if Donald Trump won the presidency, they'd be getting the hell out of America and moving to the land of Justin Trudeau. And while it seems most disappointed Americans chose to stick it out and stay here through all of Trump's shit storms, there's nothing wrong with fleeing the U.S. temporarily for a quick week in Canada. The latest people to give this coping technique a whirl are none other than Hillary Clinton and Bill Clinton.

As reported by local news outlet The Sherbrook Times, the Clintons are staying in the Québec village of North Hatley to meet with former Canadian prime minister Jean Chrétien. CTV Montreal News adds that the political power couple brought along their daughter Chelsea Clinton and her two kids, and the whole family is staying at Manoir Hovey, a palatial hotel.