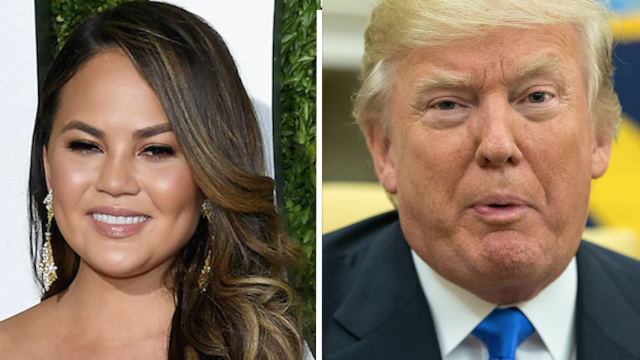 Chrissy Teigen is really good at Twitter. She's been trolling Donald Trump since way before he was president (and everyone else started doing it), she calls out people who harass or judge her online, she's open and honest with her opinions, and she generally seems to have a good time on Twitter dot com. So while it's super funny, it's really no surprise that the 31-year-old model has changed her Twitter bio to something making fun of Trump.

Teigen's new bio describes her simply as "high-quality person," which is what Trump called Donald Trump Jr. on Tuesday. "High-quality" sounds more like something you'd use to describe a rug, than your child, but hey, no one is shocked at anything Trump does or says at this point, right? Trump was defending his son from the backlash after Trump Jr. tweeted incriminating emails about a meeting with a Russian lawyer during his father's campaign in which he tried to get dirt on Hillary Clinton.