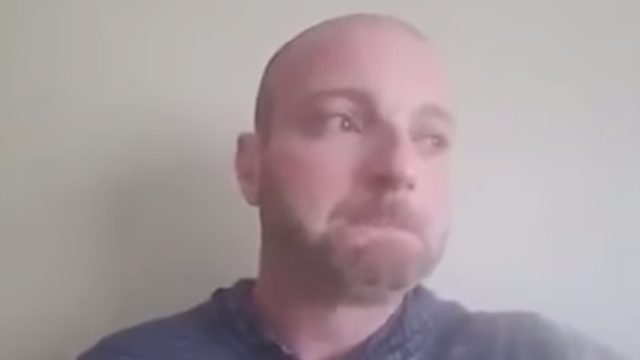 Crying Nazi is really sad about being called 'Crying Nazi.' Maybe he'll cry about it.

Crying Nazi Christopher Cantwell doesn't like being called the "crying Nazi." He wants us to know that he's more than just a crying Nazi, telling the Daily Beast he's "a goddamn human being."

In case you don't know about the crying Nazi (you probably do), we first saw Cantwell, 36, featured heavily in Vice News video coverage of the white supremacist and Nazi demonstrations in Charlottesville, VA. During the filming, he says that black people are "savages," and said that if the need arose he was prepared to kill someone. He seems fun.

The next time we saw Cantwell was in a video he made of himself crying about the fact that there was a warrant out for his arrest for allegedly pepper-spraying protesters on August 11 at the University of Virginia.