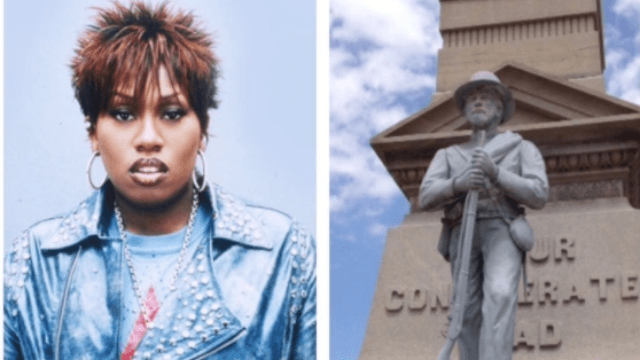 There's now a petition to replace a confederate statue with a statue of Missy Elliot.

With the idea that monuments should represented a shared history, one Virginia resident has a bright idea: replace the Confederate statutes in his home town of Portsmouth with a statue of hometown hero Missy Elliott. "Together we can put white supremacy down, flip it and reverse it," the petition reads.

Nathan Coffin created the Change.org petition to be delivered to the town Mayor and Vice Mayor, and the site already has almost 19,000 supporters. Once it reaches 25,000, the politicians will be notified.

"We believe it is time to finally replace the Confederate Monument in Olde Towne Portsmouth Virginia near the intersection of Court and High streets with a new statue of a true Portsmouth native hero,"wrote Coffin. "Who better to encapsulate the culture and spirit of the city enshrined in a new monument than Grammy Award winning rapper, dancer, and record producer Missy 'Misdemeanor' Elliott?"