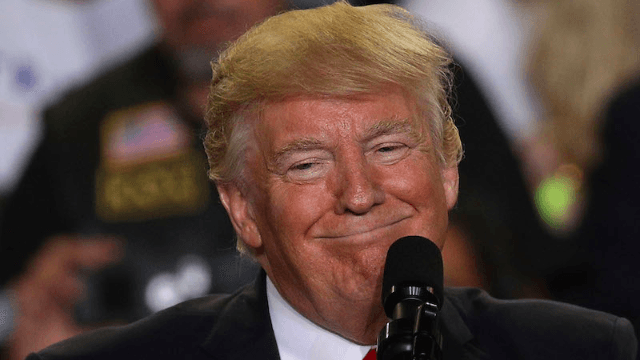 Trump insulted CBS during an interview with the network, calling the show "Deface The Nation."

Saturday, on his 100th day in office, Trump did an interview on CBS with John Dickerson of Face The Nation, before flying to Harrisburg, PA for a rally. And maybe Trump was overtired, or maybe he was stressed because of his big, apparently record breaking rally, but boy did he get salty with interviewer John Dickerson.

At one point in the interview, Trump brings up the "fake news" media: "You know, it's very funny when the fake media goes out, you know, which we call the mainstream media which sometimes, I must say, is you."

Dickerson asks him, "You mean me personally or?" After all, Trump must have agreed to this interview. Why would he do it, if he felt it was an untrustworthy news source or interviewer? Trump continues: