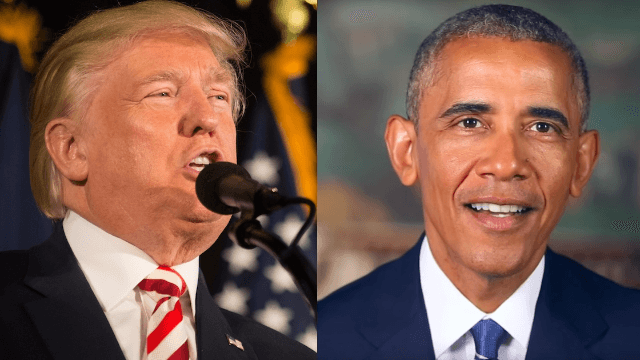 It's Monday morning, so President Trump is back at work, tweeting up a storm. What is it this time? Well, folks, we've got a little bit of everything in this one.

First, Trump started off by calling the Democrats OBSTRUCTIONISTS. (It has to be all caps. Every time.)

The Democrats have become nothing but OBSTRUCTIONISTS, they have no policies or ideas. All they do is delay and complain.They own ObamaCare!

He then immediately zeroed his focus in on President Obama, blaming him for not doing anything about Russian meddling in the election.

The reason that President Obama did NOTHING about Russia after being notified by the CIA of meddling is that he expected Clinton would win..

...and did not want to "rock the boat." He didn't "choke," he colluded or obstructed, and it did the Dems and Crooked Hillary no good.