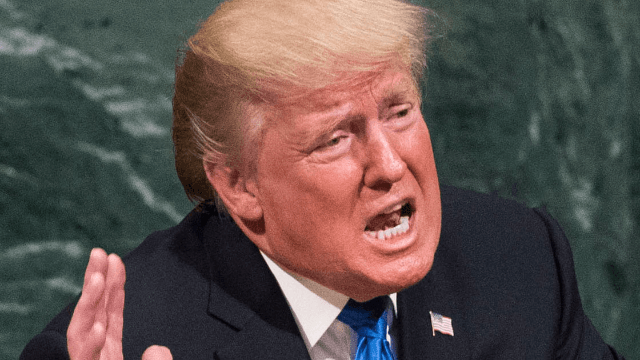 Twitter erupts after Trump meets the military and teases 'calm before the storm.' WTF.

Donald Trump invited the media to catch him at a photo-op with military officials on Thursday. And then, because he's a reality star first and a terrifying politician second, he decided to peak interest in an upcoming episode of Donald Trump's The Presidency.

TRUMP: "Maybe it's the calm before the storm."
...
REPORTER: "What storm Mr. President?"
TRUMP: "You'll find out." (via Satellite News) pic.twitter.com/bWMzGrDPNa

"You guys know what this represents? Maybe it's the calm before the storm," quipped Trump, surrounded by—and this is important—the people in charge of the country's missiles.