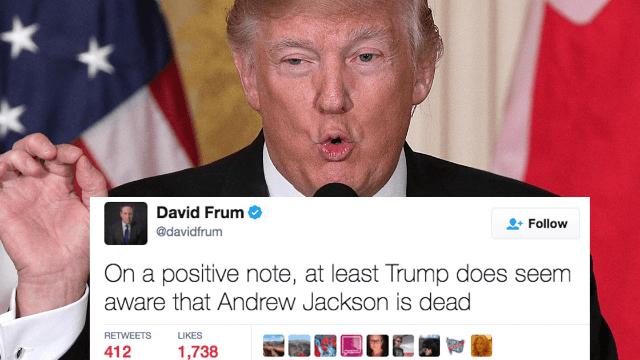 Twitter destroys Donald Trump for his very inaccurate comments about the Civil War.

Let's start with the good news: Donald Trump doesn't think civil wars in the United States are a good thing. Now here's the bad news. A new interview with Donald Trump exposed him as really, really confused about when the Civil War happened, why it happened, and who President Andrew Jackson is (he's a slave owner who died 16 years before the Civil War even started).

In an interview with the Washington Examiner's Salena Zito that airs on Monday, Donald Trump gave the above quote, which you can listen to below because it takes a couple sensory inputs before you can believe it really happened.

Here's the audio on that Trump answer: "Why was there the Civil War? Why could that one not have been worked out?" pic.twitter.com/tEUFGRDMSM