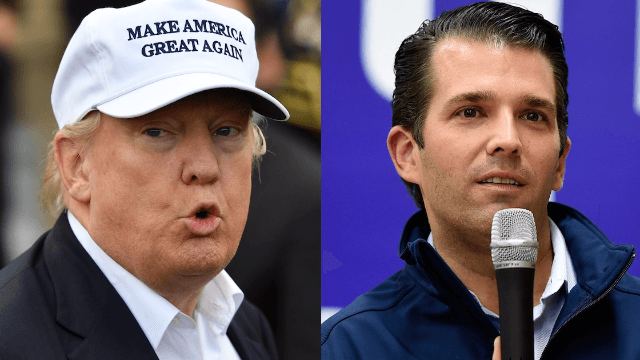 Ah, another day, another Twitter rant from the sitting president of the United States. Donald Trump took to the interwebs again this morning, and we've got to tell you, all his favorite topics are in this one.

Trump started his rant with a tweet defending his son Donald Trump Jr. (who is in a bit of trouble for his emails with Russians) from the "scorn" of the "Fake News Media." And how does he defend his son? By shading Hillary Clinton, of course!

HillaryClinton can illegally get the questions to the Debate & delete 33,000 emails but my son Don is being scorned by the Fake News Media?