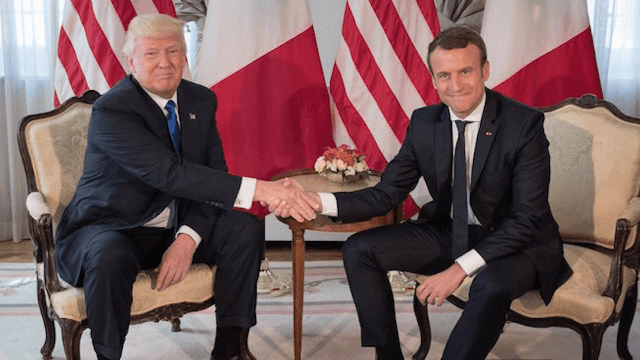 Donald Trump has met his handshake match in the new French president.

A tweet posted by photographer Gary He shows that President Donald Trump may have met his handshake match in new French president Emmanuel Macron.

The photo, which He told Someecards was taken by Stephen Crowley for the New York Times, shows that Macron has a seriously firm grip on Trump's hand. We are not saying that Trump's fingers are short, but it doesn't appear that he's able to wrap them around Macron's hand at all. It doesn't look so much like a mutual handshake as it does a masterful handgrab by Macron.

Maybe Macron worked his hands out a bit in preparation for meeting Trump, knowing what a mean handshaker our president can be.