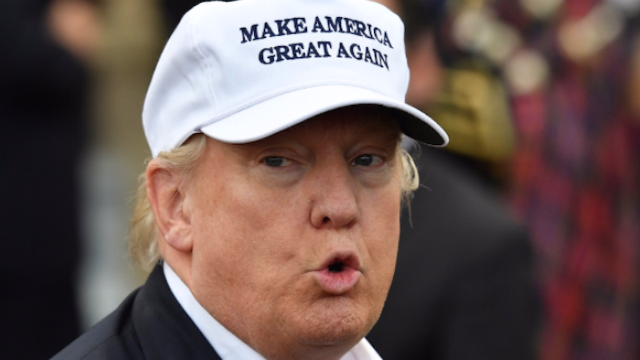 Trump thinks he made up the term 'fake news.' Merriam-Webster begs to differ.

During an interview with wanna-be Twitter comedian Mike Huckabee, Donald Trump took a second from bragging about how loud the crowd cheered for him in Puerto Rico to make the dubious claim that he invented the term "fake news." Either that or he really thinks he invented the word "fake," which would be bonkers even for him. So, basically, Trump is perpetuating fake news by bragging about coining "fake news." Fake-ception.

In the clip below, he says he made up the word "fake," but from the rest of the interview, it seems he's saying he invented "fake news," and not just "fake." Who knows. Either way, COME ON.