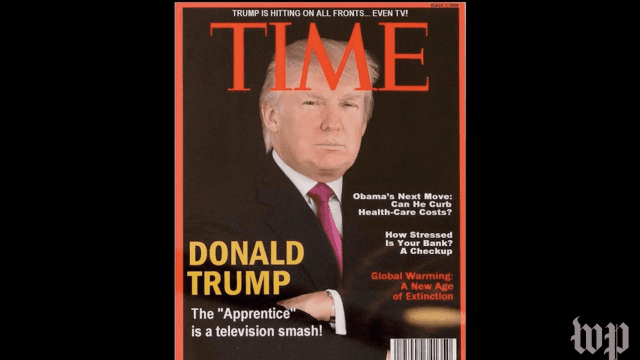 Donald Trump has this 'Time' magazine cover hanging in his golf clubs. It's fake.

If you go to one of Donald Trump's golf clubs, you may find this framed Time magazine cover hanging on the wall. The cover, which is dated March 1, 2009, boasts a large photo of Trump, along with headlines like "Donald Trump: 'The Apprentice' is a smash!" and "TRUMP IS HITTING ON ALL FRONTS... EVEN TV!" Looks pretty impressive, but there's just one problem with it. The Washington Post has learned that the cover is fake.