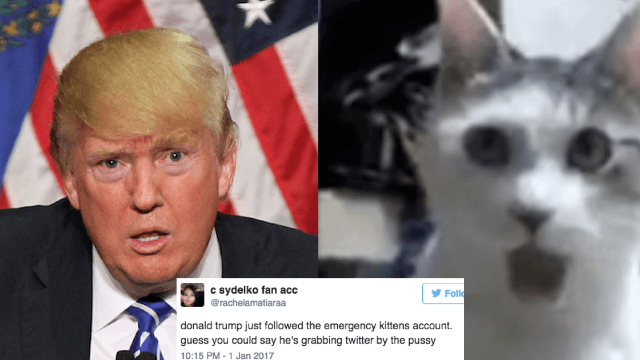 BREAKING NEWS: On the first day of 2017, our President-elect followed, then soon unfollowed, a popular Twitter account called Emergency Kittens.

He only follows 42 people, so this is MAJOR news (in the insane world we live in where Twitter follows are "news" and Donald Trump is "president").​

Emergency Kittens has 1.86 million followers, because in these dark times, everyone needs more kittens in their news feed. And for an internet-shattering few hours, one of those followers was Donald Trump. He followed the account on January 1st, prompting this tweet:

Detectives of the internet quickly figured out what this "bang" referred to.