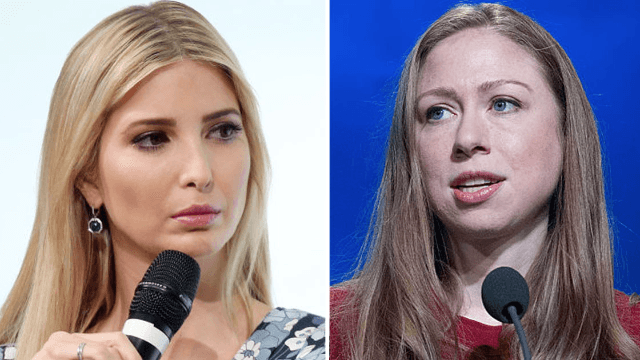 Donald Trump woke up this morning and attacked Chelsea Clinton on behalf of Ivanka. Why not?

Donald Trump had a big weekend at the G20 summit in Germany, hobnobbing with world leaders and generating another ten thousand embarrassing headlines. One of those stung worse than others. This one:

Ivanka Trump sat in for Donald at a G20 world leaders' meeting.

And the ones like it on CNN, The Guardian, Politico, and every other site with a sighing editor working weekends.

It's obvious why it's controversial: Ivanka Trump is not an elected official. And while the BBC says it's common for a "leader's absence" to be filled in by "high-ranking officials," Ivanka Trump is an advisor. It's questionable.

Also questionable is Trump's defense. As natural as it is to blame Chelsea Clinton and Hillary Clinton for your negative headlines...

When I left Conference Room for short meetings with Japan and other countries, I asked Ivanka to hold seat. Very standard. Angela M agrees!