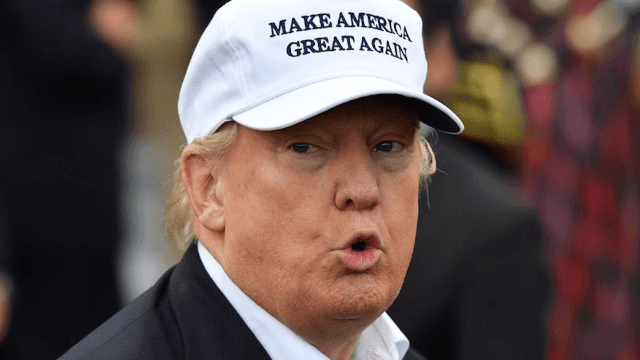 Donald Trump goes on Twitter rant against people who think he should stop Twitter-ranting.

Guys, you're not going to believe this. Donald Trump went on a Twitter rant this morning. We know, that's SO unlike him, right?! This time, Trump decided to go after the mainstream media, specifically those media professionals who are of the opinion that the president should maybe stop tweeting so much.

Trump tweeted that the "FAKE MSM" (MSM = mainstream media) hates that he uses social media because it allows him to "get the honest and unfiltered message out."

The FAKE MSM is working so hard trying to get me not to use Social Media. They hate that I can get the honest and unfiltered message out.

After taking a quick detour to tweet about his trip to the Middle East, Trump's focus was back on the media. Trump wrote that if he had relied on the outlets he deems "Fake News" (we guess Fake News is capitalized because it's a proper noun now), he would've had zero chance of winning the election.