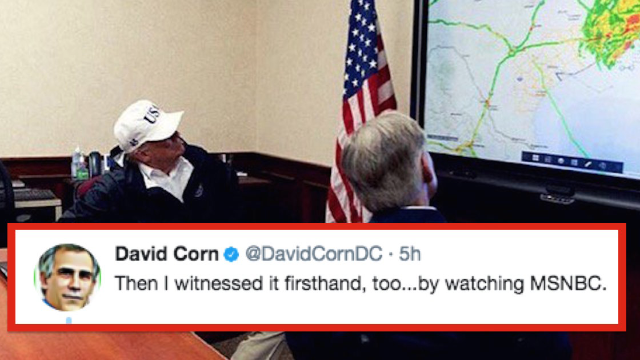 First there were Kellyanne Conway's "alternative facts," now there's White House press secretary Sarah Huckabee Sanders' "alternative definitions." Maybe someone should give Sanders a dictionary, because it seems she doesn't know the definition of "firsthand." Or "certainly."

Donald Trump never actually made it to Houston, but Sanders still contends he witnessed the storm firsthand, saying,

He met with a number of state and local officials who are eating, sleeping, breathing the Harvey disaster. He talked extensively with the governor, who certainly is right in the midst of every bit of this, as well as the mayors from several of the local towns that were hit hardest. And detailed briefing information throughout the day yesterday talking to a lot of the people on the ground. That certainly is a firsthand account.