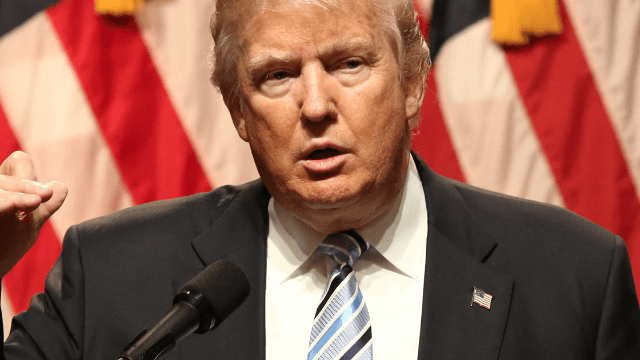 Trump woke up and bragged about the size of his brand new hurricane. Twitter's not impressed.

On Wednesday morning, with Hurricane Irma bearing down on Florida, Donald Trump continued his statements of very tone deaf, very on brand marveling at the size of storms pummeling America.

Hurricane looks like largest ever recorded in the Atlantic!

"Hurricane looks like largest ever recorded in the Atlantic!" yelled the wide-eyed boy-president into the Twittersphere. In fairness, Trump did spare a thought for the storm's victims—the Trump administration. They're tired.

Watching Hurricane closely. My team, which has done, and is doing, such a good job in Texas, is already in Florida. No rest for the weary!