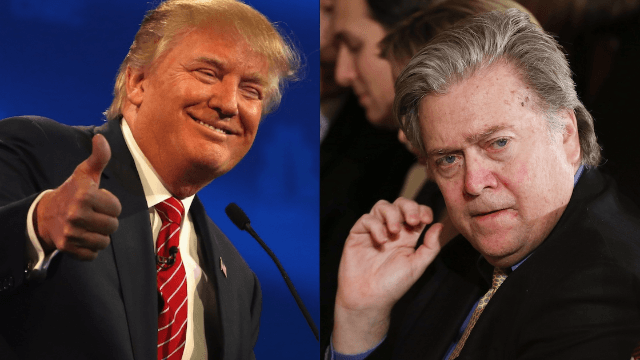 Donald Trump is still sucking up to Steve Bannon on Twitter.

The internet pretty much exploded on Friday afternoon when news broke that Donald Trump's chief strategist Steve Bannon would be leaving his position at the White House. Though many people on Twitter celebrated, it appears that President Trump isn't quite ready to let the bromance go yet.

In his tweets on Saturday, President Trump praised his ex-chief strategist, recalling fond memories of their time together on the campaign trail.

I want to thank Steve Bannon for his service. He came to the campaign during my run against Crooked Hillary Clinton - it was great! Thanks S

We guess it'd just been far too long since he brought up "Crooked Hillary Clinton."

In a second tweet later in the afternoon, Trump looked forward to Steve Bannon's return to the alt-right "news" publication, Breitbart.