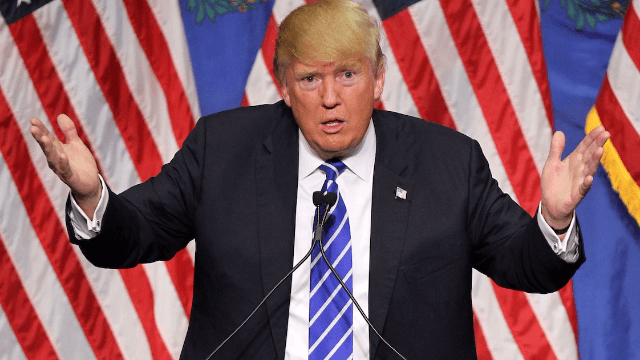 Trump's 'Made In America Week' is off to a rough start.

President Donald Trump seems to love themes. He's declared this week Made In America Week, and will be holding a showcase of products from all 50 states in the White House on Monday.

Sounds like a fun idea, right? Well, folks on Twitter were quick to point out the problems with Trump's latest themed week - a lot of the products made by both his and daughter Ivanka's companies are not, in fact, made in the U.S.

A recent investigation by The Washington Post found that the Ivanka Trump brand's products were regularly manufactured in countries like Bangladesh, China, India, Vietnam, and Indonesia, where labor isn't as protected. Ivanka's brand has also been accused of failing to monitor its suppliers, who are supposed to protect workers from abuse and child labor.

The president's company has sold products manufactured abroad as well. According to Mashable, his line of ties have been made in Mexico, Indonesia, Bangladesh, and China for years.