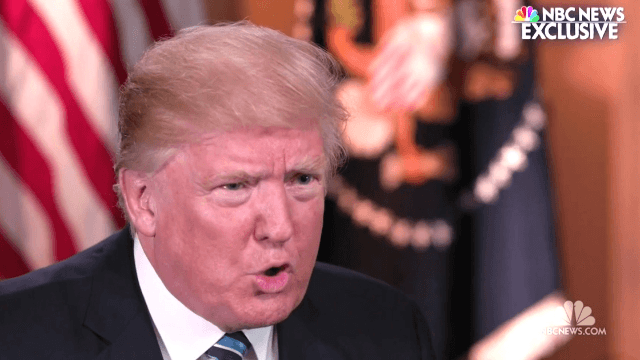 Donald Trump just blew up his own cover story for firing James Comey.

President Donald Trump sat down with NBC Nightly News' Lester Holt for his first interview since firing James Comey and full-on blew up the White House's official story of why that sh*t went down.

Trump: I was going to fire Comey regardless of recommendation

That contradicts what his own vice president said yesterday. Watch. pic.twitter.com/DADpTi5nlo