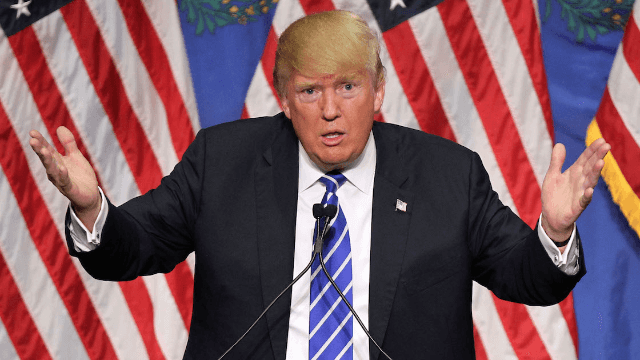 Donald Trump warns James Comey not to leak stories to the press in ominous tweet about 'tapes.'

Another day, another round of tweets from President Donald Trump. Today's morning tweet storm focuses on a threat to stop holding press briefings and a threat for former FBI Director James Comey. Oh, and then something about China and beef. All within the span of two hours.

Trump's tweets started with yet another assertion that any collusion that may have occurred between his campaign team and Russia to swing the election is purely fictional.

Again, the story that there was collusion between the Russians & Trump campaign was fabricated by Dems as an excuse for losing the election.

Then there was the obligatory mention of the Fake Media, which really needs no explanation.

Next was a lame excuse about why his story about Comey's firing didn't match the story being pushed by the White House (hey, he's a busy president! He's got things going on, tremendous things! Unlike any president before him!).