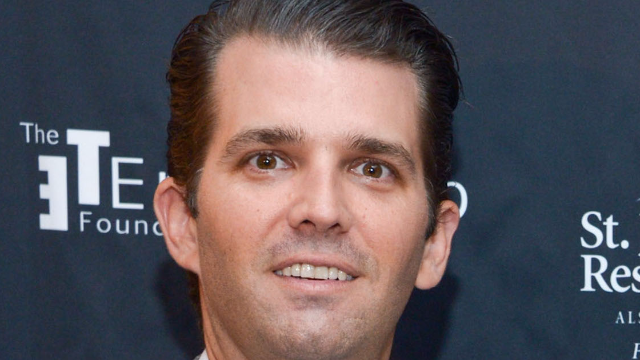 Donald Trump, Jr., who lives up to his father's name in being EXTREMELY ONLINE, is having a particularly busy day on Twitter.

First, he gifted us with a hilarious typo, misstating the Washington Post's slogan as "Democracy dies in dankness," which will definitely be sold on T-shirts at 420 rallies.

Apparently the press only likes their information "leaked" from unverified sources rather than released openly from congress... I think it will be tough for them to sell their "democracy dies in dankness" byline with this kind of logic. https://t.co/fXHv0UjLtX