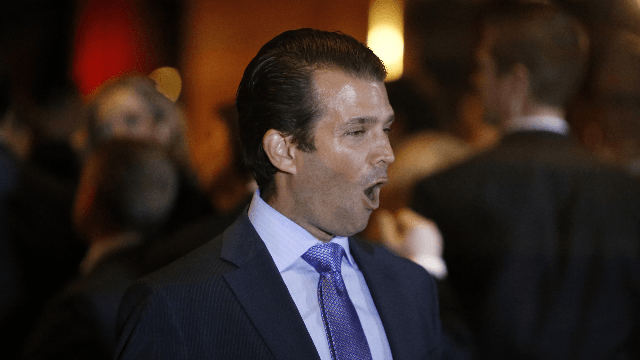 Donald Trump Jr. brags about his math skills. One problem.

In case you didn't realize, Donald Trump Jr.'s "success" is due to his father's "success," and doesn't have much to do with his own intelligence. He proved that on Twitter earlier today, when he made a very incorrect statement about how math works.

This morning, a professor and writer named Justin Wolfers tweeted a clip of an article about how a lot of ACT scores in Illinois have dipped below average. "Reporter discovers many test scores are below the average test score. Outrage ensues," Wolfers wrote.

It's unclear how Donald Trump Jr. came across this tweet, but he took it upon himself to respond with a blatantly incorrect observation.

I would imagine that 50% are below average... that's how math works. The real question is what is average now vs before common core. https://t.co/OnwYhzS7iU