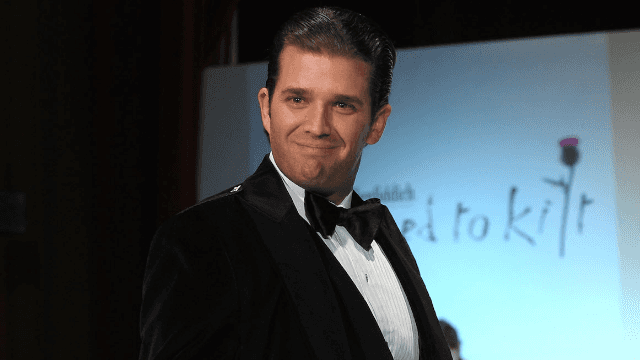 Trump called Don Jr. ‘high-quality’ and he's getting 'high-quality' dragged for it.

Things have been getting increasingly awkward for Donald Trump, Jr., who is still pretty sure that he didn't do anything wrong by going and seeing a Russian lawyer who supposedly wanted to spill some Hillary Clinton tea, but who instead bored him by talking about adoptions the whole time. Especially since he dumped some emails he thought exonerated him, but instead made him look even more guilty.

“My son is a high quality person and I applaud his transparency.”

That is... not exactly a defense? Certainly not a very effusive one. Can you imagine having a conversation with your parents in which they tell you that you are a "high quality person?" I cannot. Neither can most of Twitter.