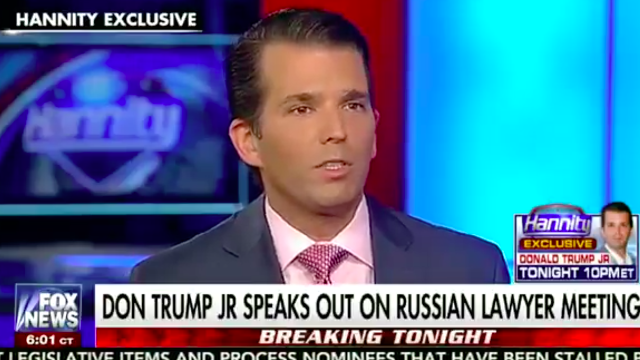 Donald Trump Jr. went on TV to talk about Russia, and Twitter couldn't handle it.

Donald Trump Jr. gave his first interview about allegations of collusion with Russia. For what might be the biggest interview of his life, it's no surprise that Trump went with a friendly face in Fox News' Sean Hannity.

Don Jr. to Sean Hannity tonight: "Someone sends me an email. I can't help what somebody sends me."

"In retrospect, I probably would have done things a little differently," Trump said during the interview. "Again, this was before the Russia-mania. This is before they were building it up on the press. For me, this was opposition research."