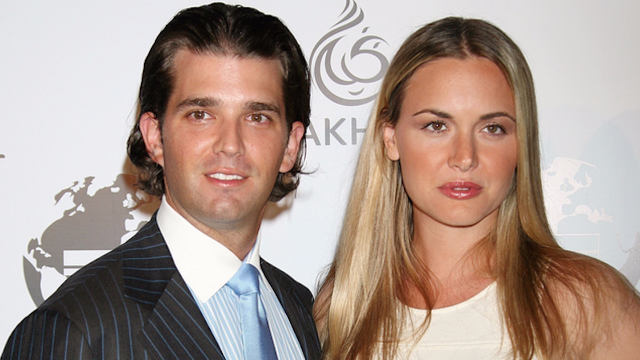 Don Jr.'s wife, Vanessa Trump, opened the letter, and was quite reasonably afraid of the white stuff and went to the hospital, along with two other people. Thankfully, everyone's okay.

Thankful that Vanessa & my children are safe and unharmed after the incredibly scary situation that occurred this morning. Truly disgusting that certain individuals choose to express their opposing views with such disturbing behavior.

The substance was quickly ruled to be non-hazardous, and NBC News today reported that it "appeared to contain corn starch, senior law enforcement officials said."