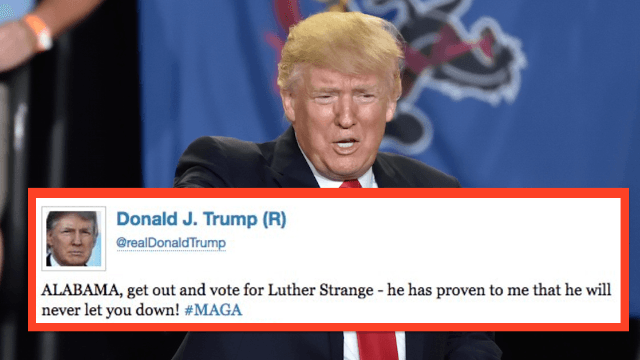 Donald Trump is deleting tweets so it doesn't look like he supported a loser.

Donald Trump is not one known for deleting his old tweets. It's a fun game to go through his old tweets and find the ones where he complains about Obama doing the exact same things that Trump did when he took office. Trump has tweets so embarrassing, offensive and odd that it's actually shocking that he hasn't deleted them. But for some reason, last night he started deleting tweets he sent supporting Luther Strange for Alabama senator after Strange lost the election.

But the strange (see what I did there?) thing is, he's left a lot of them up, too.