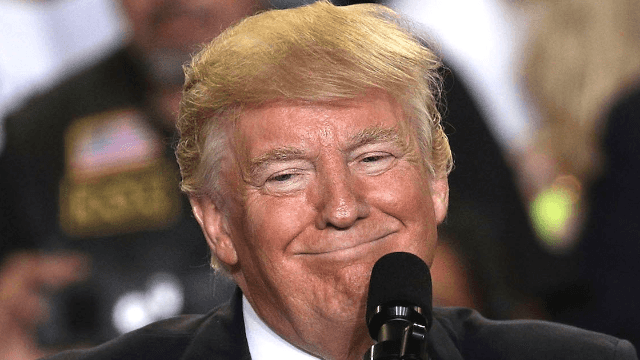 After months (years!) of misogynistic words and deeds, Donald Trump's morning tweets about "low I.Q. Mika" Brzezinski and her face, might have Republican lawmakers beginning to think that maybe the president isn't a nice dude.

Again, ten women came forward to say the president had grabbed/groped/assaulted them. The GOP shrugged and chanted "Lock her up!"

Oh, and remember the whole "grab them by the pussy" thing? Yeah, that wasn't enough of a giveaway.

Members of the House and the Senate took to Twitter, like Trumpy himself, to voice their discontent. Even REPUBLICANS, who after months of letting literally everything slide, are beginning to voice their frustration at being at the mercy of his Twitter habits, even if it's just for the RTs.

Please just stop. This isn't normal and it's beneath the dignity of your office.