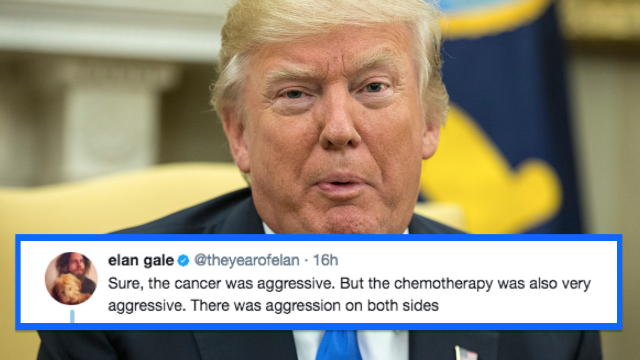 Everyone's trolling our Nazi-defending president with 'on both sides' memes.

On Tuesday, President Donald Trump once again blamed Saturday's tragic clash between white supremacists and counter-protestors in Charlottesville, VA on "violence on both sides." He stated that there were bad people on both sides, and that the "alt-left" shared some of the blame for the protest that got out of control and resulted in the death of one counter-protestor, Heather Heyer.

Because this is a ridiculous assertion (one "side" is Nazis), Twitter dragged Trump mercilessly, with tweets and memes mocking the idea that "both sides" of the conflict were equally bad.