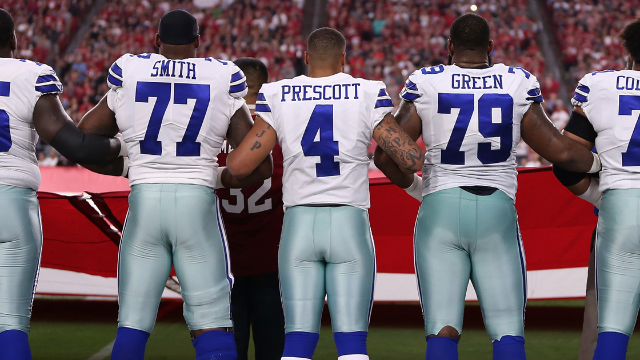 Trump just tweeted his response to the NFL protests against him. Everyone's angrier now.

On Tuesday morning, Donald Trump rolled out of his White House bed, spared a single nostalgic thought for the gold toilet in his Manhattan apartment, and fired off approximately one hundred thousand (six total) morning tweets. But it was the recurring topic of national anthem protests at football games that seemed to grab most of Twitter's attention.

It began with a note about ratings, based on apparently nothing.

Ratings for NFL football are way down except before game starts, when people tune in to see whether or not our country will be disrespected!

And it continued with an analysis on crowd reaction, as interpreted by Trump.

But while Dallas dropped to its knees as a team, they all stood up for our National Anthem. Big progress being made-we all love our country!