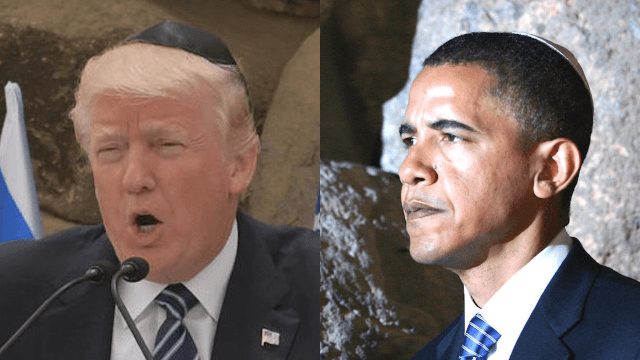 Donald Trump's inappropriate letter at Holocaust memorial could not be more unlike Obama's.

Donald Trump's presidency and Barack Obama's presidency are so completely different that to compare them is like comparing apples and poisonous oranges. The latest example comes to us in the form of a message written by our current president in the "book of remembrance" at the Yad Vashem Holocaust memorial in Jerusalem, which he visited yesterday for nearly half-an-hour, Vox reports.

As many have pointed out on Twitter, when compared to Obama's message in the same remembrance book in 2008, the two messages perfectly illustrate the stark contrast between these two presidents. It's sad!