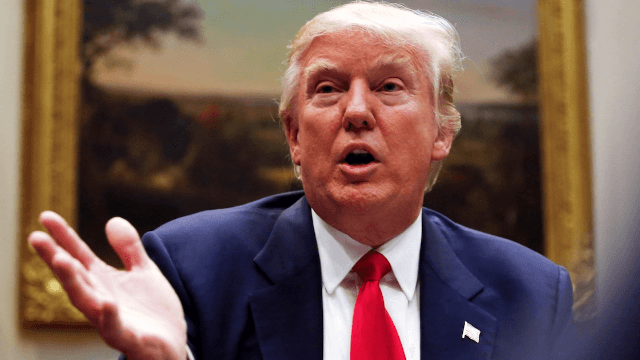 Trump claims he invented a phrase that's been around since the 19th century. Twitter disagrees.

On Thursday, The Economist released a lightly edited transcript of an interview it had with President Donald Trump, treasury secretary Steve Mnuchin, and National Economic Council director Gary Cohn.

During the interview, President Trump used the phrase "prime the pump," and claimed that he had come up with it "a couple of days ago."

Despite The Economist's editors' numerous assurances that they'd heard the phrase used before, Trump seemed determined to believe he'd invented it.

"Have you heard that expression used before?" he asked them. "Because I haven't heard it. I mean, I just...I came up with it a couple of days ago and I thought it was good."