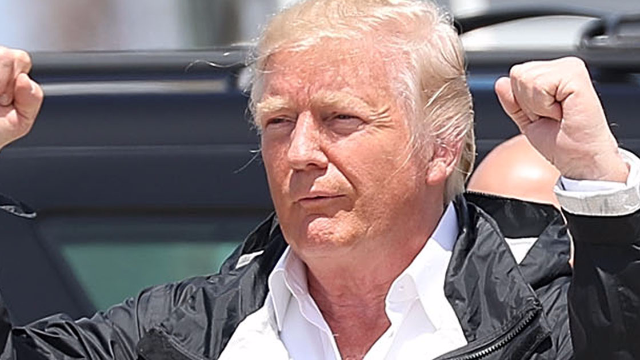 Trump lands in Puerto Rico and immediately offends everyone. Twitter is pissed.

On Tuesday, Donald Trump landed in Puerto Rico amidst the U.S. territory's ongoing recovery from hurricane damage. First up was a little meeting where Trump "huddled with local and federal officials," according to CNN, to laud his administration's much-maligned response to the hurricane that devastated the island. The comments were immediately met with fury from the world at large.

President Trump: “I hate to tell you, Puerto Rico, but you’ve thrown our budget a little our of whack” https://t.co/nDSnQPbfdq

He opened with what may have been a joke, but the comment was met with complete and utter silence.

"Mick Mulvaney is here," began Trump, pointing to the Director of the Office of Management and Budget, before revving up to prepare for something like comic delivery. "Now I hate to tell you Puerto Rico, but you've thrown our budget a little out of whack!"