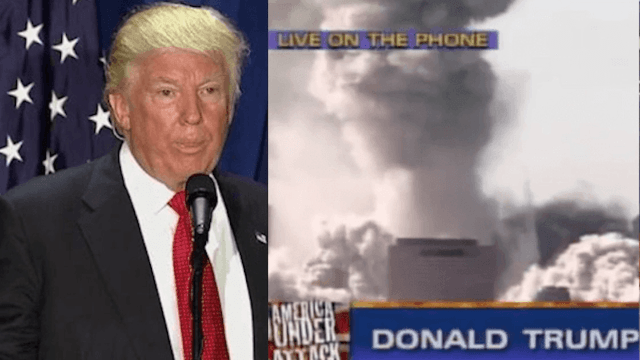 Donald Trump brought up 9/11 just to brag about his ratings.

The President of the United States bragged in an interview how his ratings compared to coverage of the 9/11 terrorist attack.

In a widely (unintelligible) interview with the Associated Press, Donald Trump rambled through questions about Gyna China and policy, but really perked up to talk about his obsession with the media, and the media's obsession with him.

The president was super stoked to share how his TV ratings compared to a horrific terrorist attack. He boasted:

Congratulations, Mr. President. He is super proud of himself for getting as much attention as a terrorist attack that killed thousands of people.