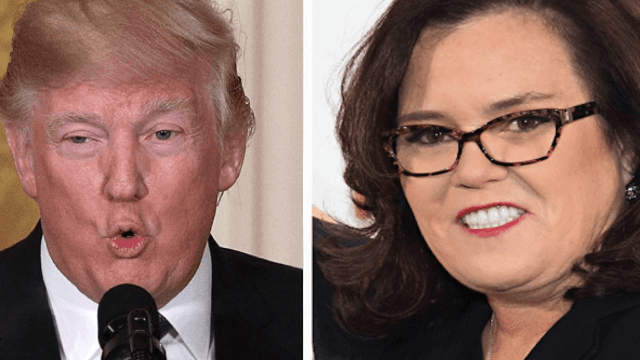 The gosh darn President of the United States, whose recent actions have heightened suspicions about potential treason with Russia and potential obstruction of justice into the investigation, is resurrecting a petty feud with a comedian.

I cannot. And fellow observers simply could not even.

Can't even put into words how relieved I am that he's looking through @Rosie's tweets right now rather than doing more awful president stuff pic.twitter.com/pBBpEJI237