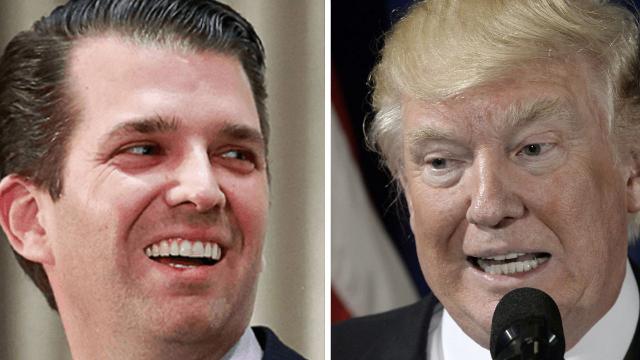 On Monday night, the New York Times reported in even more detail about a meeting between Donald Trump Jr. and a Russian-connected lawyer. The lawyer had offered to hand over negative information about Hillary Clinton during the 2016 campaign, and according to yesterday's story, Trump Jr. "was informed in an email that the material was part of a Russian government effort to aid his father's candidacy." He took the meeting anyway.

The Washington Post said this report could be a "smoking gun." Vox called it a "bombshell." George W. Bush's lawyer had already said that Trump Jr. taking the meeting "borders on treason."

And President Donald Trump responded with this: SPORTS.

Working hard to get the Olympics for the United States (L.A.). Stay tuned!