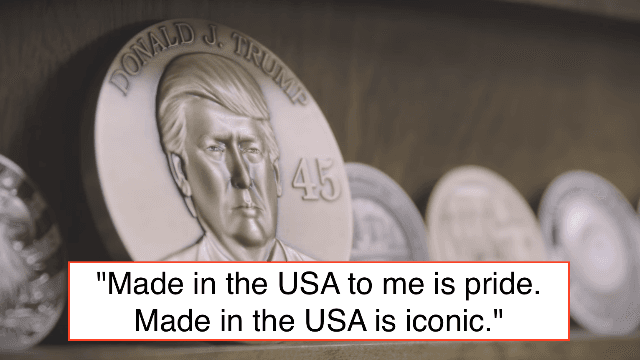 Trump drops Scientology-esque video of people happily making gold coins with his face on them.

Based on Donald Trump's track record, it seems unlikely his face will ever make it onto United States currency. So, what else is a narcissistic president with low approval ratings to do but hire underpaid workers to make $45 coins with his menacing face on them?

As pointed out by Jezebel, Trump's reelection campaign just put out a short documentary called "Promises Made, Promises Kept." The video tells the story of the apprentices who spend their days making the "presidential medals," which you can buy on his website. The three-minute clip is filled with testimonials from these employees, who all claim to love it–and no one loves it more than the talkative Paul Schlei, a Medalcraft Mint Apprentice who appears in his 50s or 60s.