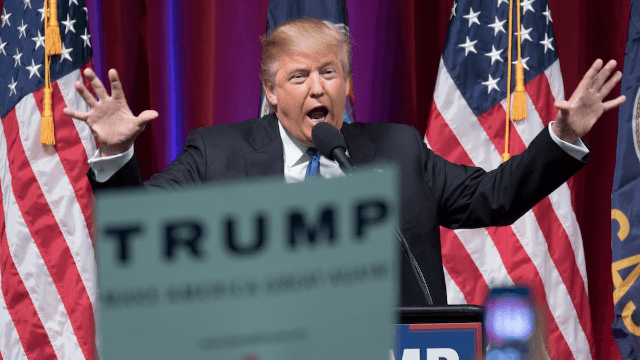 Donald Trump is trying to make it impossible for people to sue him.

Now that Donald Trump is president of this great nation, he's worried he might not have time to deal with small matters like civil lawsuits. In fact, he's so worried that he's bringing the matter to court.

TMZ reports that Trump's lawyer, Marc Kasowitz, filed court documents in New York arguing that former Apprentice contestant Summer Zervos' defamation lawsuit against the president should be dismissed, since it could distract the president from his public duties and subsequently hurt the country.

Zervos is suing Trump for defamation after he allegedly ruined her good name by calling her a liar for her sexual assault claims against him.

Kasowitz is citing the Constitution's supremacy clause to back up his claim that the sitting president can't be sued in state court while in office. He claims that the Supreme Court left this particular issue undecided when they ruled against Bill Clinton in the '90s. (The Supreme Court did firmly decide that he sitting president is not immune to private litigation, however.)