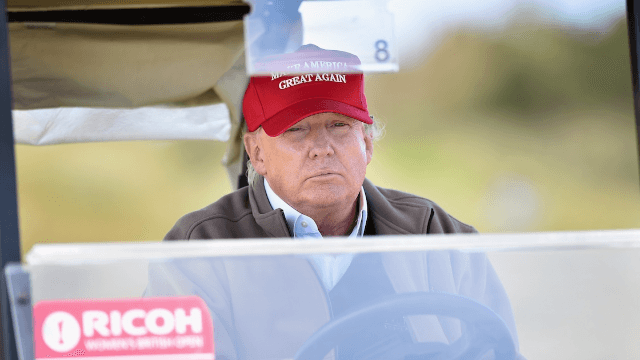 While many people decide to spend their Sunday mornings drinking coffee and doing a crossword puzzle, Donald Trump often decides to spend his mornings tweeting. On Sunday, he managed to tackle not one, but three of his favorite subjects in a single tweet storm. We have to say, we're kind of impressed.

The phrase, "Fake News," might be President Trump's favorite phrase in the English language. (Or second favorite, right behind, "You're fired.") So, of course, Trump's Sunday morning tweet storm included a shout-out to the mainstream media. He accused news outlets of failing to cover the "great economic news" that he believes has happened since Election Day.

...way up. Regulations way down. 600,000+ new jobs added. Unemployment down to 4.3%. Business and economic enthusiasm way up- record levels!

A few minutes later, he set his sights to former FBI director James Comey, saying that his leaks were "Very 'cowardly!'" (We're not sure why he put "cowardly" in quotation marks.)