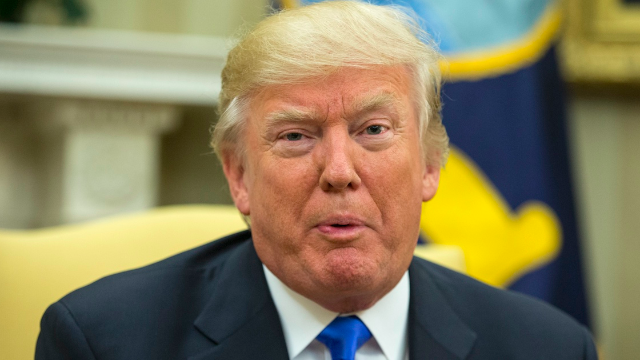 Well, my friends, after spending so much time on Twitter, it was only a matter of time before our president learned how to use memes.

The video is a clip from when Trump appeared at WWE's WrestleMania in 2007 and tackled someone. It's been edited so that the man he tackled has CNN's logo for a head.

Yes. This is real.

Trump's bizarre tweet seems to be a continuation of last night's Twitter rant, where he once again bashed the media for saying he should get off social media.

The FAKE & FRAUDULENT NEWS MEDIA is working hard to convince Republicans and others I should not use social media - but remember, I won....