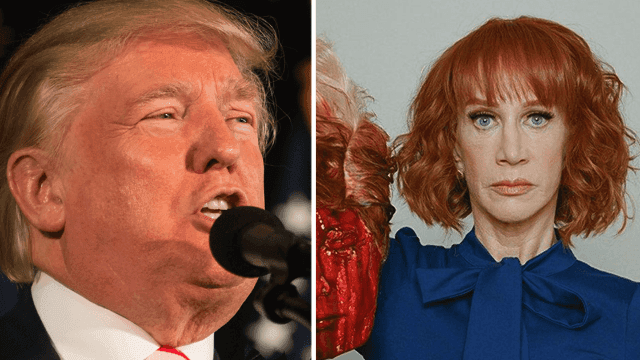 CNN has terminated our agreement with Kathy Griffin to appear on our New Year's Eve program.

Kathy Griffin was under fire on Tuesday for a provocative photoshoot that showed her holding up a bloody, decapitated head resembling President Donald Trump. The Game of Thrones-like image upset people on both the right and the left, because unlike [GAME OF THRONES SPOILER REDACTED], Trump is a real dude.

While it took the president days to condemn the murders of two men by a white supremacist in Portland, Oregon (and he didn't even send the message on his personal account!), he was sure to speak out about imaginary violence against his own head by a My Life on the D-List star the very next day.