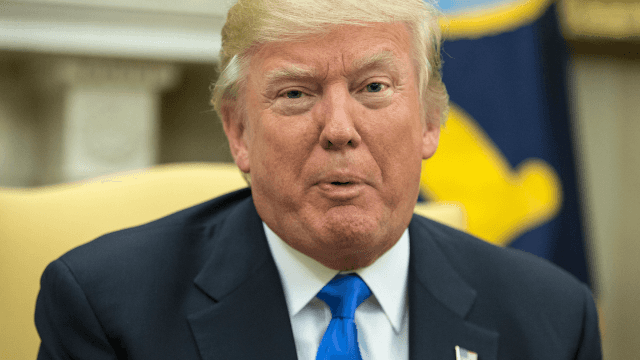 Since he started his campaign for the presidency, scrolling back through Donald Trump's old tweets is like taking a stroll down Hypocrite Lane. He bashed Barack Obama and Hillary Clinton on Twitter for so many of the same things that he's now done himself. Unsurprisingly, he's pretty low on self-awareness and he's got a very short memory. Here are some examples, in no particular order, of Trump tweets that really haven't aged well.

I was the first & only potential GOP candidate to state there will be no cuts to Social Security, Medicare & Medicaid. Huckabee copied me.

I am going to save Medicare and Medicaid, Carson wants to abolish, and failing candidate Gov. John Kasich doesn't have a clue - weak!