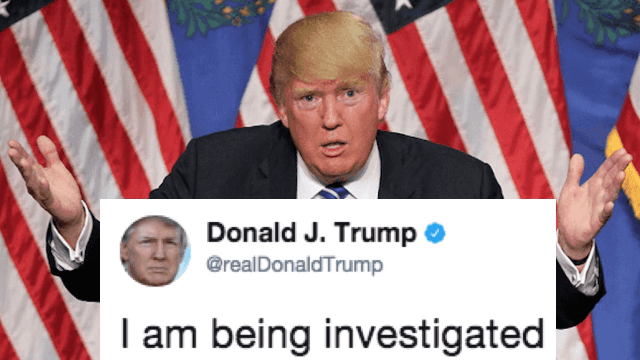 It's morning in America, which means a wild tweetstorm from the nation's Commander-in-Chief.

Even more than usual, the cyber decrees from the highest office in the land do not appear to have been vetted by his lawyers, because the president just confirmed reports that he was being investigated for obstruction of justice. Sad!

"The man who told me to fire the FBI Director" presumably refers to Deputy Attorney General Rod Rosenstein, who wrote a condemnation of fired FBI director James Comey, but Trump said it didn't matter, he was going to fire him anyway.

ALSO here are your own words. "Regardless of recommendation I was going to fire comey." LOLhttps://t.co/zr448DKGDU