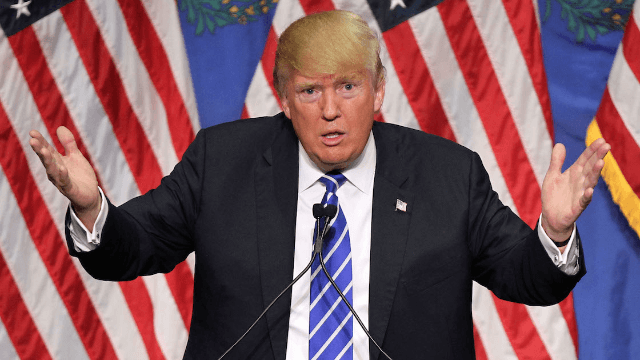 Trump woke up and sent Twitter into a tailspin over Hillary Clinton.

President Donald Trump sent out his standard 6:30 a.m. tweets this morning, limiting himself to two, but they're pretty classic Trump. Then at 8:50, he tweeted a third time, keeping everybody on their toes.

First Trump suggested that "Drain the Swamp," his most famous slogan since "You're fired!", should be changed to "Drain the Sewer." That doesn't sound like a good branding move, but what do I know.

Drain the Swamp should be changed to Drain the Sewer - it's actually much worse than anyone ever thought, and it begins with the Fake News!