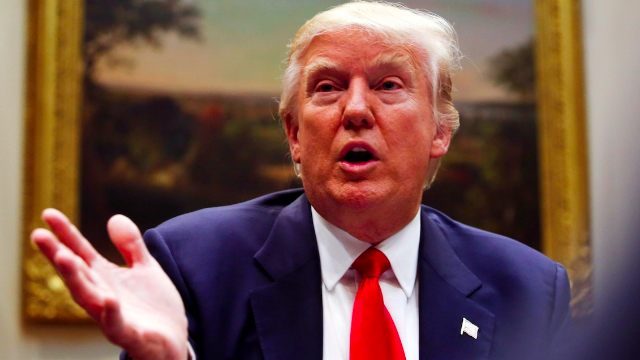 In his latest Twitter rant, Donald Trump attempts to change the rules of the Senate.

Another Saturday, another weekend morning Twitter rant from President Donald Trump. Do you think he does these with a full mug of coffee and a plate of uneaten pancakes next to him? That's how I imagine it.

ANYWAY, this time, Trump is trying to change the rules of the United States Senate. Yes, via the internet.

The Senate currently requires that 60 senators, or three-fifths of the Senate, agree to end debate and move on to vote on a particular measure. This process in known as invoking cloture, per CNN. (Once the measure has actually moved on to a vote, though, it only needs 51 votes to pass.)

In Trump's tweet storm, he called this 60 vote rule "A JOKE!"

Republican Senate must get rid of 60 vote NOW! It is killing the R Party, allows 8 Dems to control country. 200 Bills sit in Senate. A JOKE!