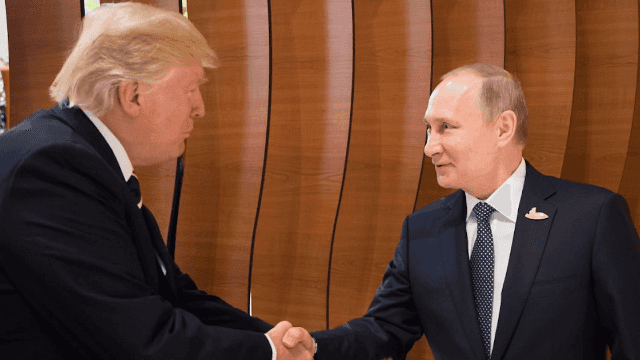 Donald Trump tweets out a recap of his meeting with Putin.

Donald Trump has just returned from the G20 Summit in Germany. Aside from sending Ivanka to meetings, Trump was busy meeting with important world leaders. One such world leader was Russian president, Vladimir Putin.

In this week's Sunday morning Twitter storm, Trump took a moment to recap what went down during his meeting with the Russian leader.

First, Trump tweeted that the Summit was a "great success" for the U.S.

The G 20 Summit was a great success for the U.S. - Explained that the U.S. must fix the many bad trade deals it has made. Will get done!

He says that President Putin "vehemently denied" that Russia meddled in the 2016 election. (Shocking, we know.)